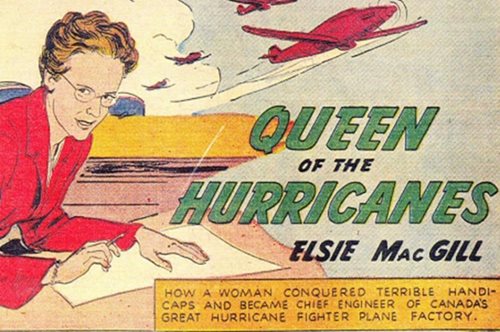 It is a public holiday in some countries and largely ignored elsewhere.  It is difficult to find a sentence that is more appropriate to describing the conflicting approaches people, governments and countries have towards International Women’s Day.

The day, set up to raise awareness about the need for greater gender parity, is not new.  In fact, the first event took place in 1911 and was adopted by the United Nations in 1975, so calls for fairness have been made for generations.

Yet, women can rightly argue, in many areas of society, equality remains elusive.

Last month, some of the most glamourous people in the world came together in Hollywood to hand out the Academy Awards.   Many of the movies nominated had a strong focus on women’s roles.  From Roma to The Favourite and, most explicitly, The Wife, the stories centred on societal unfairness.

Usually, movies offer nothing more than escapism and entertainment but the position faced by Glenn Close in The Wife is one many seniors can understand because it reflects the culture and mores they experienced when entering adulthood.  Thankfully, the world she inhabited is no longer typical.

As we mark this year’s IWD on March 8, it is worth celebrating some Canadian female pioneers.

Next time you reach for your purse or wallet pause and take a look at the $10 bill. Viola Desmond is there!  Last November, she became the first-ever Canadian female to appear alone on a bank note.

During roughly the same era, another Canadian woman was blazing a trail in the skies.  Elsie MacGill was the first woman in North America to earn a master’s degree in aeronautical engineering, and the world’s first female aircraft designer.

During the Second World War, she was the chief engineer overseeing production at the factory that built the Hawker Hurricane fighter aircraft for the Royal Air Force.  Her groundbreaking work earned her the nickname, “Queen of the Hurricanes” and her story was immortalized in the comic book, True Comics.

She was a true pioneer in a world traditionally dominated by men.

Another person to be associated with the word hurricane is ‘Hurricane Hazel’ McCallion, who was the mayor of Mississauga, Ontario for 36 years.  She is one of the longest serving mayors in Canadian history and when she celebrated her 90th birthday in 2011 she was described as “the poster child for seniors”.  Perhaps, her competitive spirit was nurtured during her days as a professional hockey player.

This passion for the sport was shared with another Canadian political forerunner. Charlotte Whitton was a star hockey player at university who went on to become the first Canadian woman to be the mayor of a major Canadian city. She was mayor of Ottawa from 1951 to 1956 and from 1960 to 1964.

When newspaper editors and broadcasters voted Nancy Greene as Canada’s Female Athlete of the 20th Century it cemented her standing as a true Canadian great.  She reached the podium in the 1968 Olympics to win gold in the Giant Slalom and silver in the Slalom.  Forty years later, she moved into politics serving as a Senator in the Upper Chamber for almost a decade.

Throughout history the cornerstone of the family unit has been the resilience of the mother, her ability to multi-task allows her to help everyone.  It is also true, in almost all parts of the world, women live longer than men.

The reason why, has been a source of debate between academics for decades.  One theory, suggests women are physiologically better than men at coping in a world of overnutrition.  Researchers say women’s bodies are able to excrete unwanted nutrients making them less at risk to prosperity-related diseases.

Or maybe, women are simply hard-wired towards a sense of justice that demands gender equality and every day on earth is a step towards this goal?  International Women’s Day is a reminder to push forward and not turn the clock back.

You can learn more about Heart to Home Meals by visiting us here.